I love the iPhone!

Yes, I broke down and bought the iPhone. “Broke down” is not quite the right phrase. In truth all other phones were merely a string of waiting rooms until the iPhone arrived. Let me back up a few months. I used to be a die hard Sony Ericsson fan. Buying the latest and greatest camera phone each time. In truth the K750i was the last great phone from Sony, but I upgraded anyway. They were all nice phones, but the they were just that and some took nice pictures too. I ~wanted~ to get the Sony X1. This phone looked like the sleekest most powerful business phone on the planet. The problem is I wanted it in Jan, 2008. Come November? Still not available. My next decision was one of my worst.

I purchased the Nokia N96. It is loaded and does everything, or so Nokia had me believe. That purchase has now made #3 in my list of life’s regrets. The phone chose what time it would take a call. People (namely B) would call and the phone would decide “not today, I’m tired.” No problem, I thought, why does a phone need to be a good…phone? I does other things, right? Well it played games. Brothers in Arms was actually pretty cool in NGage. Large game, install on large memory card right? Wrong. You must install it on the phone memory thereby decreasing valuable space AND (get this) turn the sound off to get it to play smoothly. Lame. even worse, why are there three memories? It is just a phone. Worst was the wifi/3g access. I had to answer a SAT practice test each time I wanted to connect to anything. Couldn’t the phone… er… device simply just serve up my data?

Enter the iPhone (to choruses of angels)*. When comparing phones EVERY site out there seems very focused on specs. Is this camera better? How does this game play? What is call quality like? Battery life? I say phooey on all of this and call for a a total rethink in how we measure devices. None of these “tech” sites seem to have a valid measure on usability.

The only problem I had with the iPhone 3G is that it was SIM locked. This meant IF you managed to buy it, it would be locked to a contract and a provider in a certain country. When I was in Australia I looked into it and they wanted: driver’s license, 2 bills, proof of address, copy of passport, work visa, first born, the usual. Even then I would have had to setup a contract, cancel it the next day, and pay an additional fee to unlock the phone. Waaaayy too difficult and costly. Other options like grey markets in Taiwan just scared me. Who knows what they pre-installed. Finally, it hit me. Hong Kong. Hong Kong and Italy are the only two countries that sell unlocked iPhones. I ordered 3 to my office there (for others, and no not your Christmas present) and 1.5 days later they arrived. Once you tell the phone where your iTunes is (a requirement) the phone is just… AWESOME. The simplicity is amazing.

The touch screen works flawlessly and is crazy fun to drag, slide, squeeze and even dial a combination lock. Each app runs as the focus for the user. You never have to worry about other apps running in the background. They seem to go into some sort of stasis and await the next time you need them. This helps me tons. I often have Chinese characters in email that are addresses, names, book titles, etc… Queue them up in email and lock the phone. W you need it, it is one button slide away from showing a person. The wifi is as simple as it can be. Your options are on/off (take that Nokia) and it simply connects, no asking “Do you really want to?” The simplicity and responsiveness is beyond anything I have seen in a phone. It also happens to be a full ipod, but that is the least of what it does. A search for “free” apps in the App Store and you are a kid in a candy shop. I now have 5 pages of apps. Rather than run down my list of favorites, let me share some of the ways my life has been changed in the past week:

In short, my life is considerably better and to say, “I love the iPhone” is an understatement. I know Matthew 6 says, “Lay not upon yourselves treasures upon the earth, where moth and rust doth corrupt” ’cause the iPhone told me so, but I’ve got to believe Apple is working on the rust bit.

Don’t get the wrong idea, I am not an Apple fan boy and do not normally gush about technology, but this warranted it.

From Manchester City's symmetry to Manchester United's compactness, what do passing networks tell us about teams?

The Chicago Blackhawks have won a game 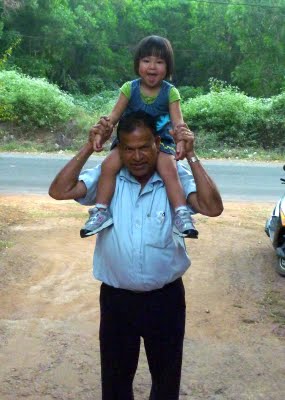