Here is an excellent example of one of the creative stories.  After reading this, I am not sure how I ever passed an English class.  I also have some theories on what this type of writing would do to my teacher’s brain over time.  God bless her.  #Enjoy:

Like the last words in the song of “Frosty the snowman,” Frosty has returned and its another cold day in Alabama.  Not cold enough for snow, but for a snowman if there was one.

John Alan and Tom were outside playing soccer with Faith, Terri and Kim.  Tom said, “I wish we had snow, then we could build a snowman.”
“Did someone call?”
“Its Frosty,” said the children.
Yes, it was Frosty the magical snowman who promised he would return one day.  the kids immediately started telling frosty all that they had been doing while he was gone.  They also told him about their detective agency.  Frosty said that he would help them on their case.

Now, since Frosty was magical, he knew more than the kids. 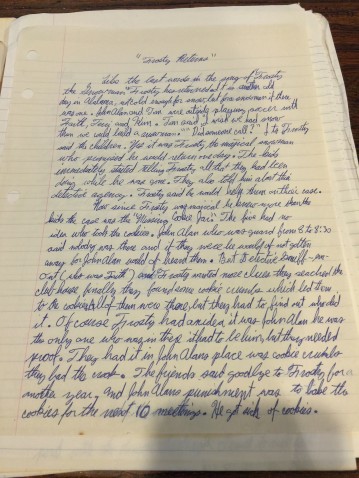 The case was the “Missing Cookie Jar.”  The five had no idea who took the cookies.  John Alan, who was guard from 8 to 8:30, said nobody was there and if they were, he would not have gotten away for John Alan would have heard him.  But Detective Sniff-em-Out (aka. Faith) and Frosty wanted more clues.  They searched the club house (and) finally they found some cookie crumbs which led them to the cookies.  All of them were but they had to find out who did it.  Of course Frosty had an idea it was John Alan.  He was the only one who was in there it had to be him, but they needed proof.  They had it.  In John Alan’s place were cookie crumbs.  They had the crook.

The friends said goodbye to Frosty for another year, and John Alan’s punishment was to bake the cookies for the next 10 meetings.  He got sick of cookies.

It’s no @freddyandersen31cards level card, but it is nice all the same. Love ❤️ me some #freddyandersen So sad 😭 to see he wasn’t in the final Rounds. #hockeycards #nhlcards #upperdeck #upperdeckspgu https://instagr.am/p/CfCfIFFOg3-/ 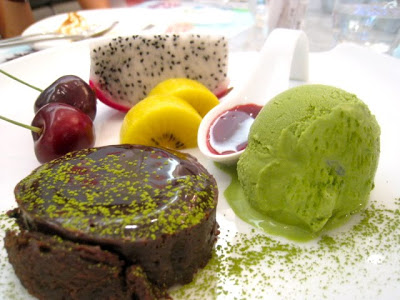