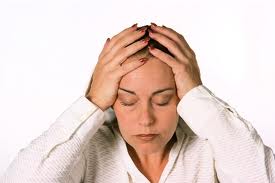 This has not been my week. It started on Sunday when I thought I was in the clear, but ended up in a fight over dog poop with the missus. With my self-esteem in the toilet I had to* play soccer on Tuesday night only to cost the team the win for a 2-2 tie in what was literally the final seconds of the game. You know the adage though, when it rains it pours, so instead of going out I came home with my head low like a whipped dog. Not surprisingly I should have probably whipped the dog as SHE peed again on the kitchen rug (note to friends, if you ever visit, don’t sit on the kitchen rug). Crawling into bed I thought, there is no way tomorrow could be worse. Wrong.

Wednesday the nanny bails on duties for the day with 45 minutes notice. The way the earth was crashing down I should have known it was coming. I love my kids bunches, but it seems what got the nanny sick also had me struggling to finish the day, yet work kept me up late on the phone.

Somewhere in the middle of all this I read True Secret to Success by Geoffrey James. Anytime someone reads all the important books and gives away the secrets it’s always good. Consider it time savings (someone please go read the penile enhancement sites and report back). Anyway, Geoffrey says that we are to reprogram our brain by practicing gratitude. I “believe” this is true, even if I don’t practice it. A favorite hobby of mine is pointing out First World problems such as Twitter being down or Starbucks stopping breakfast service. What I think Geoffrey is really trying to get at is a favorite psychologist tactic to get you in the habit of seeing things in a positive light. After the missed goal on Tuesday this phrase really hit home:

If they succeed at a task, they don’t enjoy it. For them, a string of successes is like trying to fill a bucket with a huge leak in the bottom. And failure invariably makes them bitter, angry, and discouraged.

Yep, feels just right. Now, I don’t know about the every night thing. Some nights I just need to collapse into bed or fall asleep to the lulling sounds of True Blood, but I do think it is important to confess what we are thankful for in some respect so here is a short list and I challenge you to adopt the same trend:

Well, for number 4 you’re just going to have to check back later. I might find thankfulness in being saved from this year’s Olympics and the Spice Girl’s return which I gotta tell you, made me smile.

* – I say “had to play” but secretly I want to play. My challenges are these: I would like to continue to use my knee until I die, I don’t want to pay anymore doctor bills, and I don’t want to suck on the field anymore. What is a mid-life crisis almost 40-something male to do?