So, the move to Taiwan did not turn out to be all Guns and Roses (bad pun, sorry. Read on). My 300GB USB disk drive decided it was time to die. Why it could not die BEFORE we moved I will never get a chance to ask it (sob). This was at the same time that I was a decided to add a network storage disk of 750GB to complement it. The reason? I had filled my 300GB and 250GB USB drives with music and movies (yes, music. I had deleted all that other stuff, ask my wife. And if you don’t know what I am talking about… good for you).

I could not believe it. 300GB. Over 140,000 songs. Over 40 DAYS of music! You know, I just might need something to do for 40 days and 40 nights, you never know. My first thought was I can repair it myself. Wrong. 12 downloads of lame programs later and I had not recovered one song. The reason is my USB drive did not show up as a disk when plugged in, so Windows (and Linux, yes I tried that too) did not know what to do with it. When I did get it mounted in RAW format. I still could get nothing back.

So, I thought I would take it to the ubiquitous “lil Chinese guy”. I suppose I should say, “lil Taiwanese guy”, same-same. They could not help me either. I got a price quote of 100 yuan($3) per MB of recovery. This would mean each mp3 would cost about $12 to recover. Let’s see… times 140,000 songs comes out to … er.. nevermind.

So, I tried the backup. I have been using an online company called Mozy. They let me backup anything in a “trickle charge” effect across the internet. When you need it back they burn it to DVD and mail it to you (technically, they mail it to my Mom since it has to be a U.S. address). I was using another company as well called iDrive until I received a nasty lil email from them stating that I was in the top 99.8% of users on their site and I needed to cease uploading and reduce my UNLIMITED account. I guess this is what you call a “Cease and Delete” leterr. Apparently, unlimited storage for $19.95 does not mean unlimited. (jerks!) So, I was back to Mozy. Mozy is good, but backing up 140,000 songs can take wayyyyyyy too long and apparently it never finished. When I checked the site I found that only 40GB had been backed up. 40 is better than 0, but it is not ALL of the music (this is where my OCD kicks in).

After toying with pulling a few songs off our our army of ipods, I finally decided to bite the bullet and go ahead and re-rip all my CDs. Since Shanghai, I have been wondering why I am carrying around 4 giant cases of music. You see, we are constantly going through our stuff and trying to reduce the amount of “shi-tuff” we have. I have so many cables in bags I was called a walking Radio Shack. Twice previously in Shanghai and Beijing I thought, “Why am I carrying all these CDs from house to house. I have them on my disks. What could happen? And you never know when we might have to move again. The less shi-tuff the better, right?” Now I’m glad I kept up with it.

For the past week I have been ripping CDs one after another. It has actually allowed me to discover some new music and artists that I did not know I had. For example: There is this guy/group called Adama Yalomba. They have a song called Miri Yoro. This isn’t it on Amazon, but it sounds kinda like it. It is Indian, African, Modern, and Techno all in one. 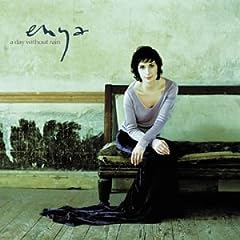 Very cool. I also found some crap music. By crap I mean when did I buy an Enya CD? I think this is one of Rebecca’s CDs. I must say, ripping it made me kind of cringe. I had to fight the urge to chuck it frisbee style in the la ji tong (trash). The music is way too ethereal. Play a guitar for Heaven’s sake! Ironically, there is rarely a Day Without Rain in Taipei, so maybe that has something to do with not liking it.

Now, in doing all this ripping my worst fear was realized and that is that I could not recover some song that Rebecca wanted to hear. Of course, the first thing out of here mouth was: “Do we have any Christmas music?” Ahhhh… I had anticipated this request and already put all of the Christmas music I could find to the top of the rip pile. Then she said the words that Stung Me: “… like Harry Connick, Jr’s Christmas Album?” What? No! I did not have that, but wait… we were listening to it before… that means… that means…. NOOOOoooooo…. It is lost. Lost forever, lost until the dying reaches of time, lost until… until.. yeah, I know. Until I just download it again, but come on! I have spent a week and recovered 100,000 songs with 30 days of music. what are the chances that the one.. i say.. ONE ALBUM my sweet dear innocent lil wife wants 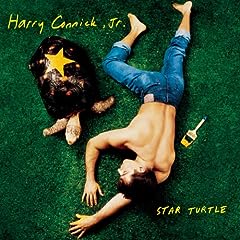 to hear is the ONE that we don’t have.
I have:

but no Christmas Album. In fact our Christmas music list is pitifully short. So, I guess I will just have to find it on Amazon’s MP3 downloads and get it. Consider it an early Christmas present or a stocking stuffer or just my OCD being unable to rest until ALL THE MUSIC HAS BEEN RECOVERED, but we shall have a complete music collection once again, I promise! (cue thunder and lightening).

The only question left is how do I back all this stuff up again?

1 thought on “Music and the Move”