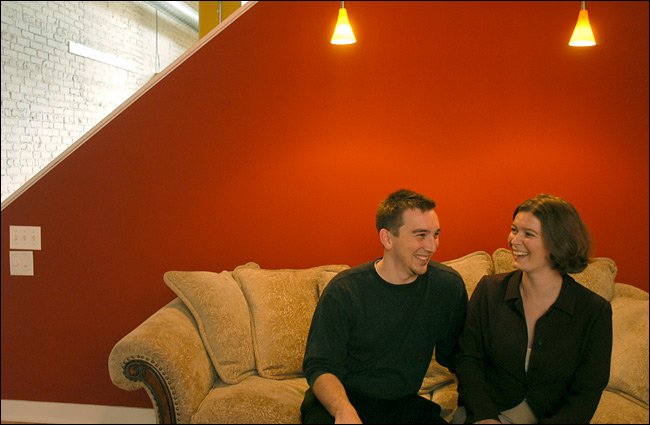 That’s right! We were written up in the NY Times. We were out and about the city one day when a reporter called Rebecca and asked if they could come shoot our house and interview us as to why we chose to live in the city. The article was a justification of Mayor Daley’s drive to keep young families in the city instead of having them head for the burbs.

The crazy part about the story is when one of Rebecca’s colleagues was in New York on business, he picked up a copy of the Sunday Times, and to his surprise KNEW someone in the paper! He called to say that he couldn’t believe that we were in there and that he happened to be reading the article. It truly is a small world.